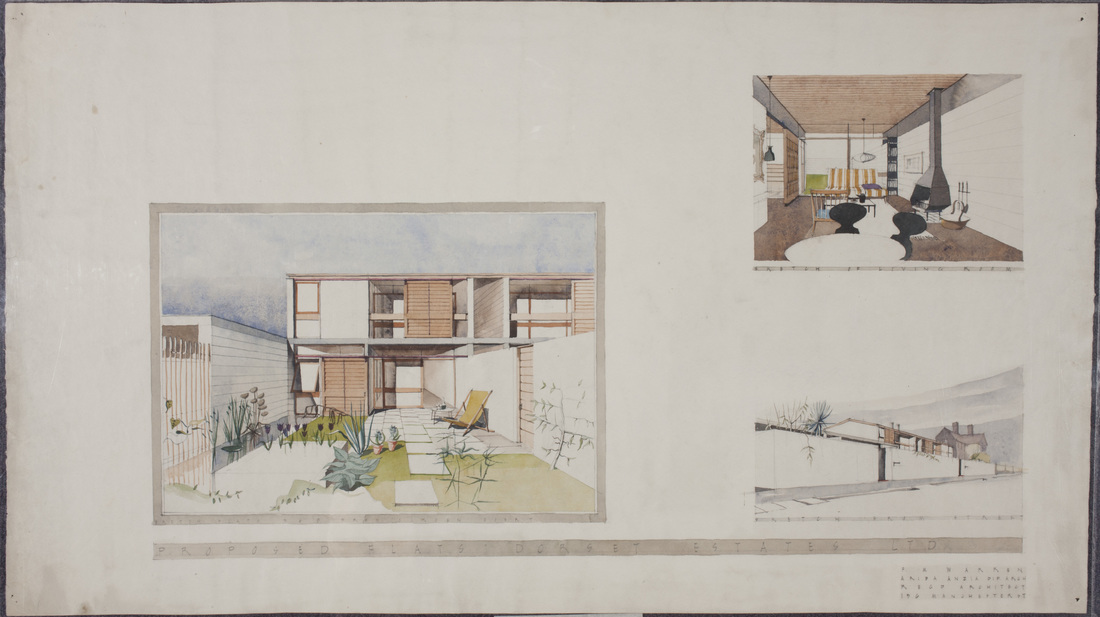 This early watercolour rendition was painted at the stage when Warren had envisioned the left-hand half of the building being built as a single storey. This had definitely changed by the time the detailed drawings were being worked on. Interestingly, the louvered panels on both levels (sliding across the balconies on the first floor) were never built. Also of interest is the outline of the old Johnstone house on the corner of Park Terrace and Dorset Street, which stood at the time, until it was replaced in the early seventies by Dorset Towers (Warren & Mahoney, 1972). 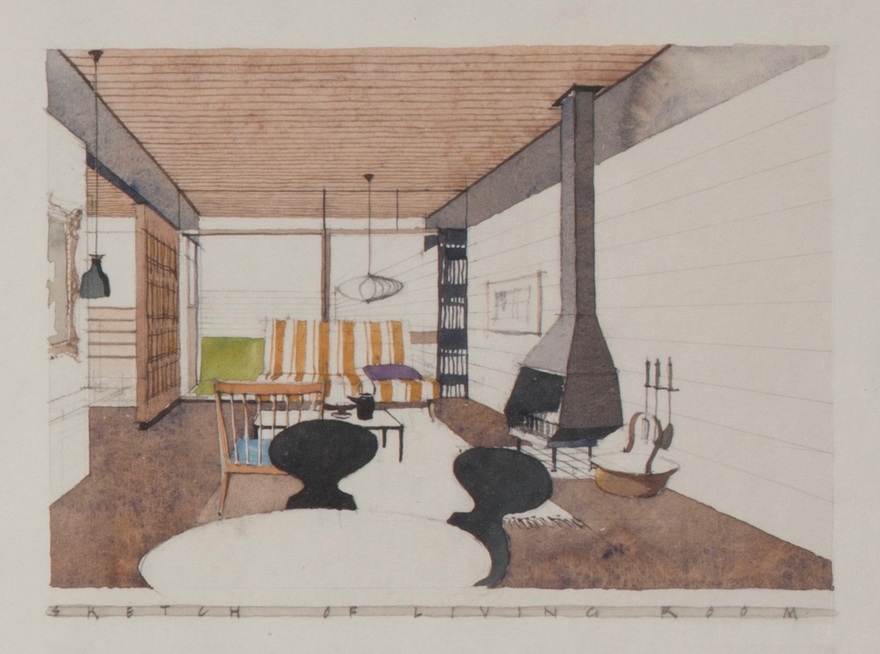 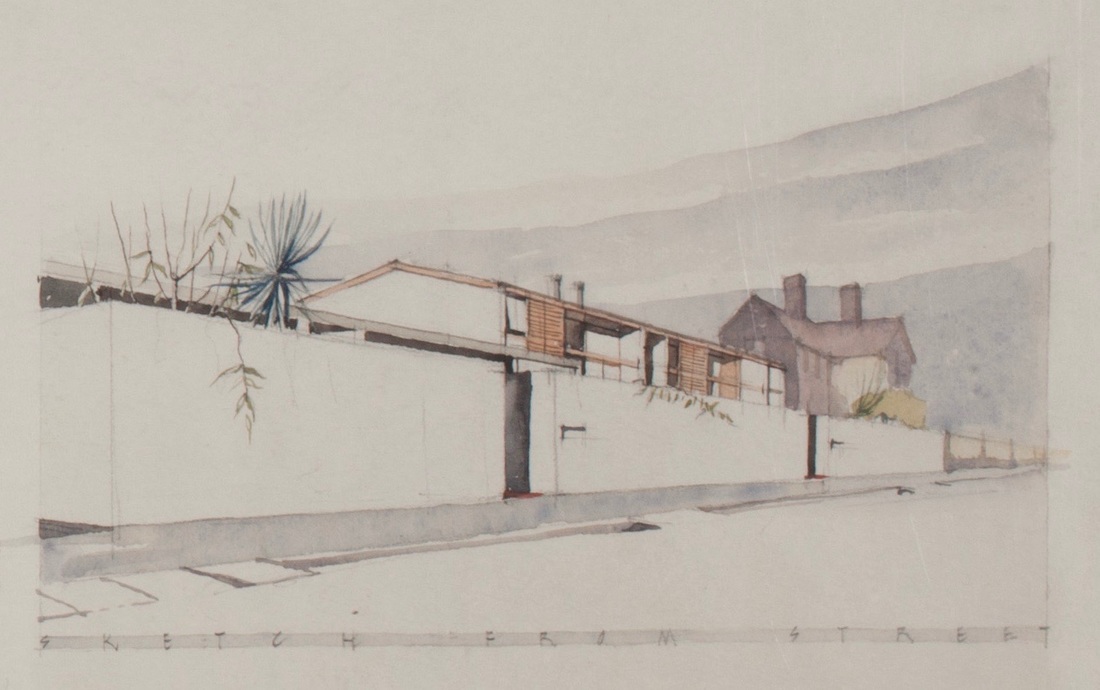 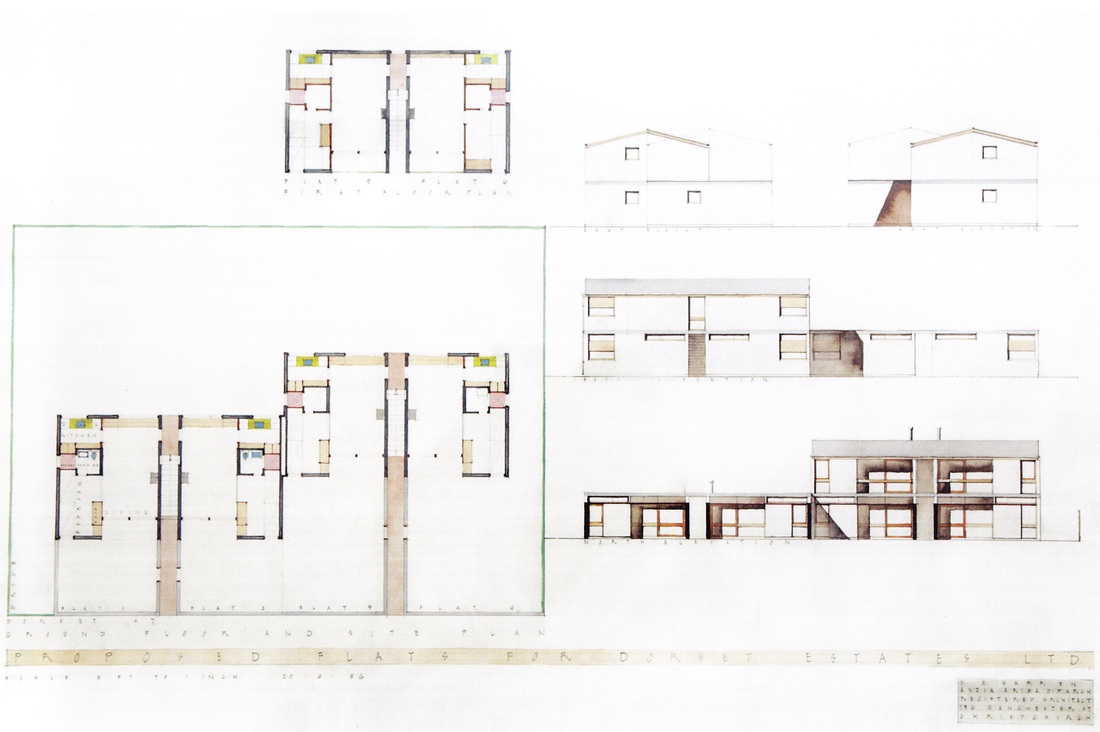 ​This second watercolour sheet is actually missing from the Macmillan Brown collection, but it does appear in Warren's 2008 autobiography. It is dated 20 April 1956. It is a very early draft, which again shows the left-hand half of the building built as a single storey.
​ 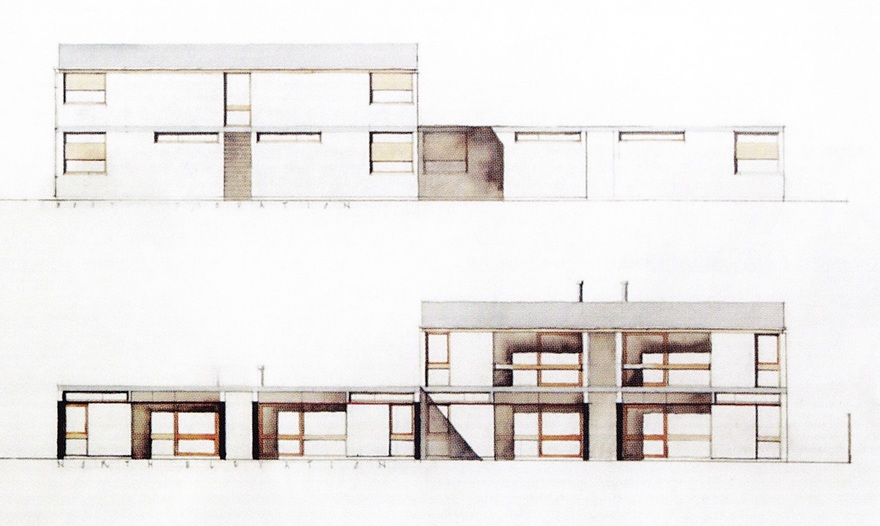