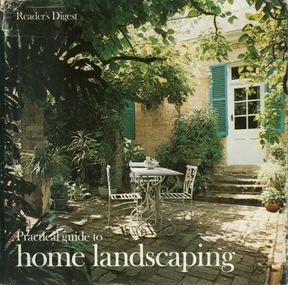 The courtyard gardens of Dorset Street Flats are among a number of Miles Warren projects featured in this standard volume of Australian and New Zealand home landscaping.

The gardens here belong to a series of flats, or town houses, built in Christchurch in 1959. Each flat has its own courtyard, measuring 7.5 by 10.5 m. Access to the courtyard is by a gate opening off a small alley, running between a pair of flats to the rear of the site. As a result, each courtyard presents an unbroken wall of concrete block to the bust street outside.

Behind each wall is a quiet, private space with its own distinctive planting scheme. For example, in the garden shown at right, the dominant tree is a Japanese maple, whereas in the garden below it is a Mediterranean cypress, Cupressus sempervirens​. The identical walls present a unified street frontage, but the trees, shrubs and creepers visible over them are widely varied.


Contrasting creepers soften the high walls. Above, Virginia creeper Ampelopsis veitchii is showing its last autumn leaves, while the next wall is crowned by golden honeysuckle, ​Lonicera reticulate aurea. In the courtyard behind another wall (right), the dominant plants are a Japanese maple and Acanthus mollie. Umbrella grass, Cyprus alternifolius​, is growing in a little water garden against the alley wall.