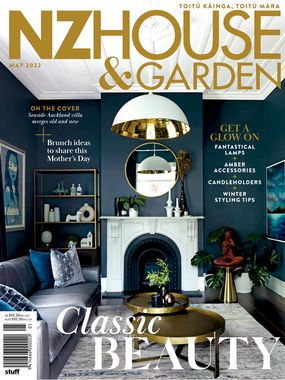 Open Christchurch director and architectural historian Dr. Jessica Halliday on why Dorset Street Flats are one of her favourite buildings.

For Dr Jessica Halliday, architectural historian and director of Open Christchurch, the city’s Dorset St flats is one of her favourite buildings

Can you describe the building?
The Dorset St flats is one of the most influential Modernist buildings in New Zealand. These eight flats might look modest and ordinary now, 65 years after they were built, but in 1957 they were radical. This was because of their frank use of materials including load-bearing concrete block treated simply with a white paint finish, exposed concrete beams and stark negative detailing. This materiality in conjunction with their modest size and minimal yet refined living spaces spoke not only of a new kind of architecture, but a new approach to urban living.

Why is it on of your favourites?
I’ve loved the Christchurch School, or Christchurch Modern, movement since I first started studying architectural history more than 25 years ago, and this is the building that, in many ways, kicked it all off. I don’t just love it for it’s historic importance, but also because it shows how good architecture can be both modest and give you a glorious place to live. Architecture at its best values and supports human dignity - these are modestly sized flats designed by Sir Miles Warren for young single men ( a group of male friends including Warren were the original owners and occupiers) but the in-built timber furniture, the fittings, the size and dimension of the rooms and relationship between the spaces are pleasant. They give you the essentials for urban life and they just feel good.

What feelings do these flats invoke in you?
They make me feel happy and at ease, they give me a sense of connection to the past and hope for the future - although I also feel a sense of frustration because I don’t understand why it’s taken 65 years for New Zealanders to really embrace living in purpose-designed urban flats. I’m also so grateful that the owners and architect Greg Young worked so hard to restore them after they were damaged in the Canterbury earthquakes.

In what way are they typical of Christchurch?
Thi approach to residential architecture became the hallmark of the Christchurch Modern movement in the post-war period for around 20 years. It was one of the most cohesive movements of Modernist architecture in New Zealand’s history. Sir Miles Warren was the originator of this particular architectural vocabulary and while its focus was in Christchurch, it influenced architects across Aotearoa.