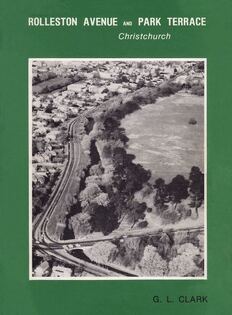 History of the site where the Dorset Street Flats now occupy.

The north-west corner section of this block was part of Lot 25 town reserve which H.B. Gresson bought for £285 in 1856; he subdivided in 1871 and marked out the roads. Park Lane became Carlton Street and the present Dublin Street and Park Street became the present Dorset Street. Two roods on the corner of Dorset Street were sold to Samuel Stewart, pawnbroker in 1875, and H.B. Johnstone had become the owner by 1882.

Harry Bell Johnstone arrived in Canterbury in 1858 and was in practice as a solicitor in partnership with Wyn Williams, and was for a short time Provincial Solicitor. He bought 10 acres on the west side of Fendalton Road (from near the park to the railway line) in 1860 for £330, and built a seven-roomed house designed by Strout. He was one of the principle speculative land buyers of early Canterbury, buying land chiefly at Oxford and Sumner. In 1869 he imported emus, and gave them to the Acclimatisation Society. In 1883 he married Isabella Munro of Lincoln and moved to Tauranga, where he died in 1894 at the age of 64. Mrs. Johnstone sold the ten acres at Fendalton in 1897 for £1500 and returned to Christchurch about 1900 and built a large house in Park Terrace to the design of Collins and Harman. The contract was let in 1902 for £2250, to be completed within eight months, if not a £5 per week penalty was to be added. £40 was allowed to sink an artesian well with a ram pit. A number of the surrounds were in Mt. Somers stone and windowsills of Oamaru stone. Front and back stairs, conservatory, six bedrooms, electric bells, two bathrooms, shower, three W.C.s and a coach house for a coachman and carriage. Mrs. Johnstone lived here until 1916. Her only son, H.B. Spearman Johnstone, who was forming ‘Springbank’, Otaio by 1905, married Kate Mathias, the daughter of Lewis in 1907. The house was kept by him as a town house after 1916. H.B.S. Johnstone was a member of the N.Z. Wool Board, director of the N.Z. Refrigerating Company and he had four sons at Christ’s College. Mr. and Mrs. J.H. Mellings were gardener and caretaker respectively. In 1935 the house was converted into four flats, with the Johnstone’s keeping flat number four. Mr. E.S. Rutherford bought the flats in 1946 and by 1968 they were professional rooms occupied by Rudolf Gopas, Basil O’Connor, Drs. Melville Aitken and H.D. Livingstone, and 1972 saw the development of multi-storey apartments, Dorset Towers.