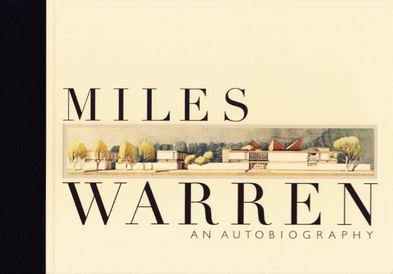 Back in 1956 Michael Weston, Simon Wood and Michael Davis and I, all bachelors, decided to build a block of eight flats for our own occupation and to let. By good luck we found an ideal site in little Dorset Street, which runs between Victoria Street and Park Terrace, next to Bishops Court (now Bishopspark Retirement Village). Unusually for Christchurch, it had a long 115-foot (35m) frontage instead of the standard narrow 53-foot (16.2m) width running a long way back. For me it was the perfect commission - my partners gave me a free hand and I was able to put my theories into practice and stuff the design full of everything I knew, including all my university and London experience.

The essence of the building is that, instead of the typical New Zealand light timber-framed structure, solid masonry walls bear the weight of the building. Each flat is simply a box of concrete-block walls, with two full-height openings to the north, and slots to the rear. Within the outer box are two further ‘solid’ boxes, one for the bathroom and the other the wardrobe. The ground-floor block walls stop at door height and support 2-foot (60cm) deep fairface concrete beams, that is, with the texture and lines of the boxing exposed on the face of the concrete, reducing the apparent height of the walls and so the scale of the relatively small rooms. I used this device to good effect in later flats and for Christchurch College. I developed recessed window and door detailing, with the frames set away from the wall to emphasise the depth of the concrete block. The underside of the first-floor concrete slabs was lined with 3-foot x 1-inch (1m x 2.54cm) boards.

These flats, our first use of concrete block and fairface concrete exposed both inside and outside in habitable rooms, followed one of the basic tenets of modernism: that buildings should demonstrate their structure, how they are built and the materials with which they are made. It was a form of modernism that came to be named, unfortunately, brutalism.

The Dorset Street Flats were regarded as the ugliest buildings in town; the tour buses regularly detoured to see what was dubbed ‘Fort Dorset”. As a young architect I was proud to achieve such notoriety. Our friends thought we were so poor we could not afford plaster on the concrete block. Internally, the bare walls were seen as a counterpoint to the soft textures of rugs, curtains and furnishings, and externally the garden walls as a background to luxuriant planting. Could we have foreseen all the drear concrete-block motels to come?

The builders were Cecil Davenport and his brother Snow, both rather dour and humourless, and a pesky apprentice. About halfway through building, Davenport, exasperated by my attitude, demanded to know why I looked so critical and unhappy with the work. He had misread me: I was being hard on myself and was worried about my design and detailing, not about his good workmanship.

Christchurch concrete block in those days was very porous. In heavy rain, the water filled the cavities in the two skin walls and flooded the floors, a disaster just before the flats were to be occupied. The blocklayer had failed to make weepholes at the foot of the walls, and I asked Davenport to drill appropriate holes. I had the satisfaction of seeing the water spout out into his face.

Michael Weston and I did a lot of work on the flats - painting, fixing staircases, laying bricks and making gardens. We got on very well together, and making buildings became our favourite hobby. For the next 15 years we continued to build small blocks of flats; there was not a month we were not building or designing. In one go the flats established new building techniques: load-bearing, reinforced concrete block and fairface concrete and a way of putting things together, recessed detailing and, above all, the sense of the weight and substance of walls that were continued and developed over the next 10 years. We followed with a block of four flats in Carlton Mill Road, blocks of six and eight flats in Andover Street and a final eight in Clissold Street.