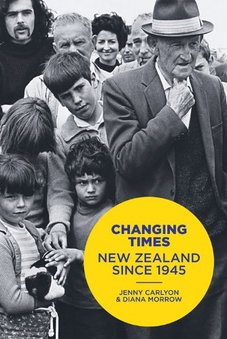 Post-war changes in New Zealand society included the evolution of the "Christchurch Style" of architecture, with Dorset Street Flats as the starting point.

In the south, architects also searched for a more casual style of living but had to build more solidly against the elements. Interiors were often cutting edge, but exteriors remained solid, with pitched roofs. Miles Warren, influenced by his work with the London City Council, and realising that the Group’s style of timber housing was not suitable for the colder Christchurch climate, began using concrete block. In 1959, his Dorset Street Flats, which were in fact more like modern townhouses, featured exposed concrete beams and concrete-block walls. Among the most celebrated domestic buildings of the decade, the Dorset Street Flats captured the imagination of architects and their clients. By the 1960s, a distinctive Christchurch style had evolved, which drew on the city’s colonial heritage by incorporating traditional cottage-style traditions, but also integrated new principles of light and flow and modern technology.