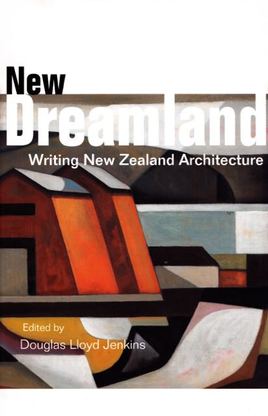 Reprint of Miles Warren's 1978 lecture to the AGM of the NZIA Auckland Branch, entitled "Style In New Zealand Architecture".

Tourist buses used to detour to stop outside the flats in Dorset Street. They had the accolade of being the ugliest buildings in town!

The other construction system widely employed is concrete masonry, reinforced against earthquake, left fairfaced inside and out, and tied together with fairfaced in situ concrete beams and slabs disposed to create voids and spaces within. The bearing clockwork and concrete beams give geometric grids of horizontals and verticals capable of much modelling. This system of construction dominates the smaller commercial projects and much housing work in the South Island, and many architects are capable of working imaginatively with it.

Miles Warren came back from England very early with an understanding of the brutalistic approach then vitalising the young architects. In some flats in Christchurch he used, in 1957, the fairfaced concrete structure: pierced openings, concrete used for ancillary detail, as found blocks, and finishes. The shattering first view of these flats, their statement of private urban living and their frank use of materials, was a revolution to New Zealand architects. We could see the future.