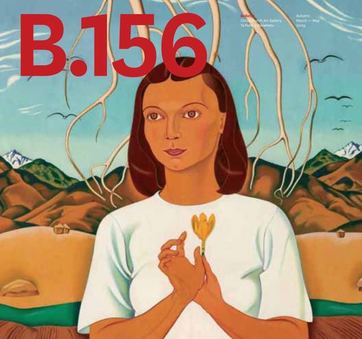 Owner and resident David Turner describes life in the Dorset Street Flats, on the occasion of the "Miles: A Life In Architecture" retrospective at the Christchurch Art Gallery, 7 March - 14 June 2009.

The Dorset Street flats were completed in 1957/8 and I remember as a child of six or seven looking at them and thinking how wonderful they were and trying to picture myself living there. It was quite common in those days to go for a ‘Sunday drive’ — we would pick up the grand-parents and virtually do a ‘tiki tour’ of all the new houses and suburbs. My family, as most of the fifties generation, were fairly pedestrian in their tastes and a lot of jeering and guffawing at anything ‘modern’ was par for the course on these Sunday drives. Apparently bus tours would also drive past this block of flats and ‘jeer at their prison-like qualities’ — at the time they were known as Fort Dorset. Their openness to the street and of course the northerly aspect and the sun made them seem like a shop window somehow. Nothing was hidden, all was revealed; it seemed to be a reaction against the many layered net curtains and blinds of past generations, in fact the same environment that I myself lived in, where privacy was sacosanct and the outside world was to be shut out at all costs.

Miles’s choice of materials, colours and building style brought a breath of fresh air to the staid and rather ordinary architecture of the day. He seemed to give a huge amount of thought to how people would live in these spaces, and he provided the necessary tools for them to live in a modern way. The front of the living room area has a huge glass door which slides back to give a great indoor/outdoor flow, the bedroom has a glass Dutch (two part) door that could be opened to allow access to the courtyard garden. The concrete beams in the apartment give a sense of solidity and in their battleship-grey colour look almost industrial. With their timber slatted ceiling over a dark base the downstairs flats have a very cosy and comfortable, almost cosseted, feel.

I think these buildings came along at just the right time. People were looking for a new way of doing things, a new way of living; the war was over and with the new hope for the future a fresh approach was yearned for. Miles Warren's style of building was just what was required — everything about the buildings must have lent an air of being ‘somewhere else’. These flats have stood the test of time very well and are just as much appropriate living spaces now as they would have been when first built. One of the City Council's requirements is that this building stays exactly as it is; all surfaces and colours must be retained — even the block wall facing the street is unpainted ‘Vibrapac’ block in its original imperial size. Apart from the growth of trees and the Virginia creeper over the block walls these flats look pretty much as they did in their heyday.

Reproduced with the permission of the author.  For the full unedited version of this article, click below.
Read Full Version