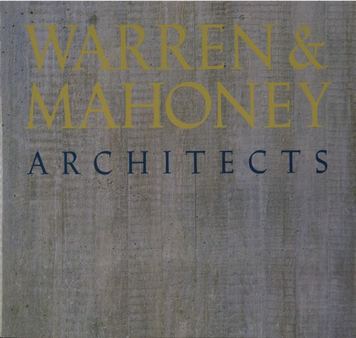 These eight flats - designed for four owner-occupier friends, each with one to lease - were the perfect commission for a young architect, Miles Warren, brimful of a year and a half in London and determined to make a building stuffed full of everything he knew.

It was just that. The essence of the building is that it is masonry. Solid masonry walls obviously bearing the weight of the building, instead of the typical New Zealand light timber-framed structure or, after the Napier earthquake, a reinforced frame with masonry infill. Each flat is simply a box of concrete-block walls - with two full-height openings to the north and slots to the rear, and other solid boxes for the bathroom and wardrobe within the outer box. The ground-floor block walls stop at door height and support 600-millimetre deep fairface concrete beams, reducing the apparent height of the walls and also the scale of the relatively small rooms. This device was used to good effect in later flats and at Christchurch College.

Recessed window and door detailing - with the frames set away from the wall to show the depth of the concrete block - was developed. The roofs are low pitched, timber framed, and covered with corrugated iron. Their eaves and verges were set back, again to demonstrate the substance of the walls. In contrast to the bare clockwork and concrete inside, the ceilings were battened and lined with varnished rimu boards.

In the end, the concrete-block walls were not as load bearing as they appeared.

These flats were the first conscious use of concrete block and fairface concrete inside a New Zealand house or flat. They were thought at the time to be prison-like. The tour buses detoured past the flats to jeer at what was dubbed “Fort Dorset”. Internally, the bare walls were seen as a counterpoint to rich furnishings and, externally, the garden walls as a background to luxuriant planting. In retrospect, however, the question arises: would we have done it if one knew of all the motels to come?

A number of blocks of flats were designed along the same lines: they all opened to the north on to private gardens contained within concrete-block walls.